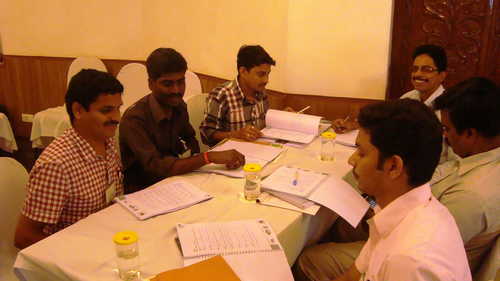 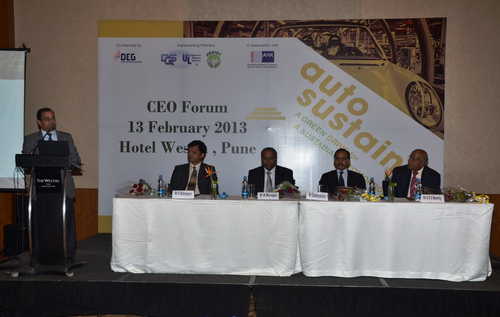 To raise awareness among the perspective stakeholders of Auto Sustain project, ASSIST gathered CEO Forum III at the Westin Hotel in Pune on February 13, 2013, followed by a series of training workshops in Chennai and Bangalore later in March.

CEO Forum III was attended by the top management personnel of various automotive enterprises. It was presided over by the dignitaries from UL DQS India, ACMA and ASSIST. Dr. K Murugan, Managing Director and CEO at UL DQS India, shared his view on various PPP engagements and the role of UL DQS India. Mr. Chandrasekhar, ACT Counselor, ACMA, emphasized urgency of promoting clean and green practices within the automotive industry. D. K. S. Moorthy and S. Sathappan, two Directors at ASSIST, then spoke on importance of sustainability reports and presented the project background to the audience. The event concluded with the participants’ enrollment into the training workshops scheduled throughout March-May of 2013.

Two technical training workshops, one in Chennai on March 18-20 and the other in Bangalore on March 25-27, 2013, were already conducted and covered such aspects as Environment, Health and Safety Management, as well as ISO 14001 and OHSAS 18001 standards.