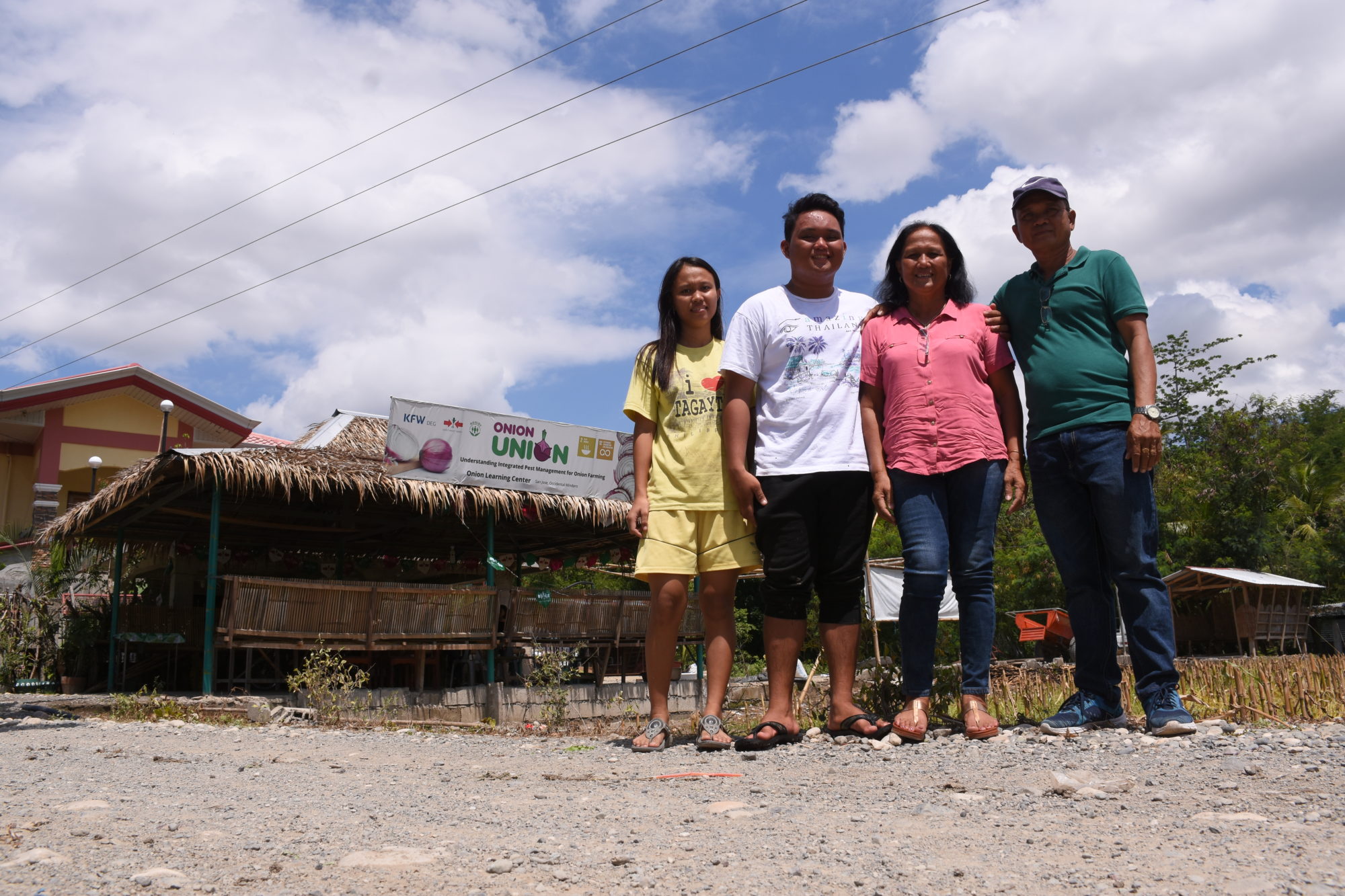 Sowing the Seeds of Hard Work 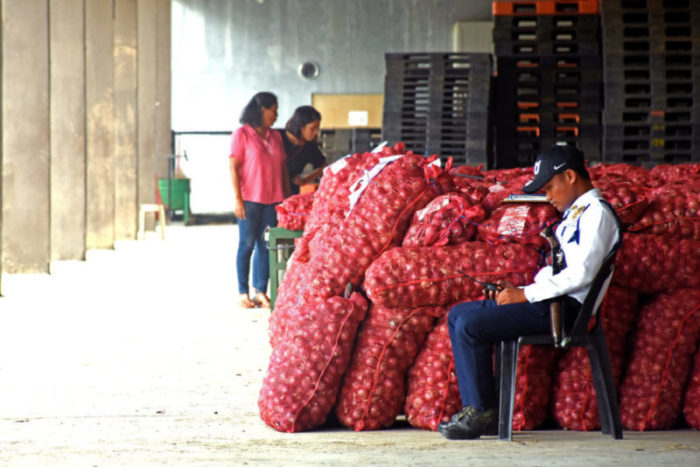 It was 9 AM. The view stretches over a field, remnants of onion crops visible in plain sight. Adjacent to the field is a hut, the Onion Learning Center (OLC) launched last January in Brgy. Murtha, San Jose, Occidental Mindoro. For the farmers of San Jose, this place has become a communal venue for learning and education.

Johnny Flojimon, the owner of the hut and the half hectare demo farm, walks in with a big smile on his face. He had just come home from the Occidental Mindoro State College, where he works as a school personnel.

Apart from his full time job, Manong Johnny also manages his own farm. As a matter of fact, he had recently harvested 702 red bags of onions during the last cropping season. A farmer of 40 years, Manong Johnny’s latest harvest has been some of his biggest onion produce to date.

“For the past years, we only produced 300 to 400 red bags per harvest,” Manong Johnny shares. With a family to support, he relies heavily on his income from the farm to help sustain the needs of his wife and two children. It does not help that pest infestation, crop diseases, and outdated farming technologies and methods have greatly affected his onion produce for the past four decades.

Admittedly, Manong Johnny shared that he was not hands-on in tending to his farm before, because he used to be busy with his job at the school. However, he was nothing short of excited when the Onion UNION Project came in to his province. “I was really challenged when ASSIST and East-West Seed Company introduced to us the Onion UNION Project,” Manong Johnny states happily.

On most days, since the inception of the project, Manong Johnny spends his mornings in the school and his afternoons in the farm. Striking a balance between his day job and his commitment to the project proved to be a challenge for Manong Johnny, but his enthusiasm for this new opportunity only fueled his desire to work even harder.

“I feel very happy putting in work for my farm. I really wanted to involve myself in the project. I believe that when you really love what you’re doing, you won’t mind putting effort into it,” he shares with a hearty laugh. His most recent harvest is indeed a testament to this.

With his 40 years of farming experience, one might expect that he would rather stick to the farming techniques that he has used for decades. But, when asked about what made him very interested in the project, Manong Johnny said, “I prefer using new farming techniques  so we can also level up as farmers. I don’t want to be stuck using farming techniques from the 1960s.”

“We just started last cropping season but I have already learned a lot. I got to know about IPM. To avoid worms infesting our onion, we have to catch the male adults, so that the females won’t be able to reproduce,” recalls Manong Johnny, who has attended all the learning sessions in the OLC.

He also attributes his recent success to the drip irrigation system installed by East-West Seed Company in the demo farm. He claims that his onions have grown bigger and healthier, thanks to the efficient distribution of water in his crops. “I am able to control the amount of water I use for my onions. Now, I don’t have to manually dig passageways. I am also able to save water,” Manong Johnny says.

As more developments in the project are underway, Manong Johnny hopes to promote the Onion UNION Project to more farmers in San Jose. “I want to encourage my fellow farmers to attend all the learning session in the OLC, so they will learn how to better manage their onion crops. I also want them to start using IPM, so they can have better yield as well,” he said.

With renewed vigor for farming, Manong Johnny had nothing but gratitude for the new opportunities the project has given him and his family. He says, “I would like to thank ASSIST and East-West Seed Company for giving us the Onion UNION Project. I hope that it doesn’t end here.”