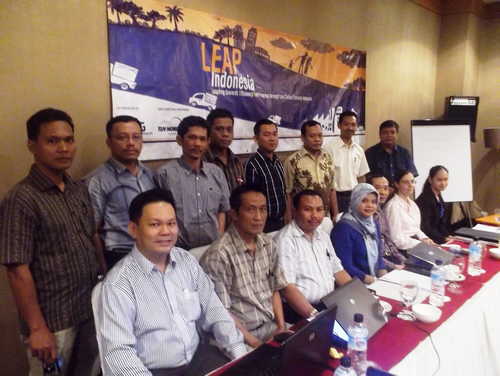 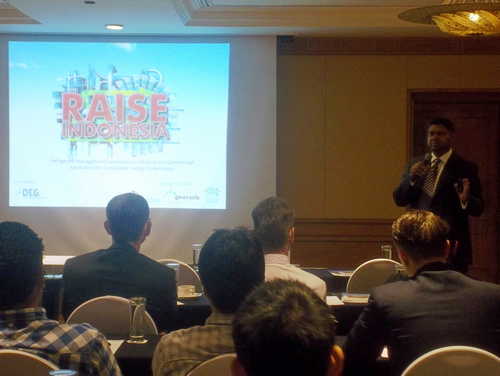 Ongoing PPP DEG-supported projects LEAP (Leapfrog towards Efficiency And Progress through Low Carbon Economy) and RAISE (Refrigerant Management Awareness in Industrial and Commercial Application for Sustainable Energy Conservation) held Review and Awareness Forums from March 4-8, 2013 in the cities of Surabaya, Medan and Jakarta in Indonesia.

The LEAP Review Forum III was held last March 6 and 8 at Hotel Aryaduta in Medan and Jakarta respectively. The series of forums were both welcomed by Eva Pitterling of TÜV NORD Indonesia, followed by the status updates presentation from ASSIST’s Director Kama Neson Ganeson.

On the other hand, RAISE had a series of Awareness Forums held on March 4, 2013 at Sheraton Hotel, Surabaya; on March 5, 2013 at Hotel Aryaduta, Medan and on March 7, 2013 at Hotel Aryaduta, Jakarta. All forums were welcomed by Vincent Aloysius, Country Manager of Holcim Geocycle. Keynote speakers were Emma Rachmawaty and Ms. Zulhasni from the Ministry of Environment, as well as Kama Neson Ganeson of ASSIST.

All forums received tremendous amount of support from the stakeholders and are evaluated to be successful. Speakers and participants engaged in dynamic question and answer sessions which encouraged productive exchange of knowledge.